Laura Hankin and Laurie Berkner have teamed up for a giveaway of their books!

Enter for a chance to win a copy of Laurie's We Are ...

Laura Hankin and Laurie Berkner have teamed up for a giveaway of their books!

Enter for a chance to win a copy of Laurie's We Are the Dinosaurs and Laura's Happy and You Know It! 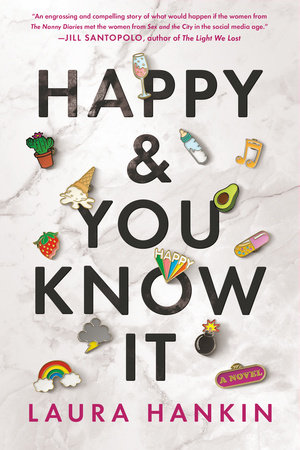 “It's what would happen if the women from The Nanny Diaries met the women from Sex and the City in the social-media age. I devoured it in less than 48 hours.”—Jill Santopolo, author of The Light We Lost

A dark, witty page-turner about a struggling young musician who takes a job singing for a playgroup of overprivileged babies and their effortlessly cool moms, only to find herself pulled into their glamorous lives and dangerous secrets....

After her former band shot to superstardom without her, Claire reluctantly agrees to a gig as a playgroup musician for wealthy infants on New York's Park Avenue. Claire is surprised to discover that she is smitten with her new employers, a welcoming clique of wellness addicts with impossibly shiny hair, who whirl from juice cleanse to overpriced miracle vitamins to spin class with limitless energy.

There is perfect hostess Whitney who is on the brink of social-media stardom and just needs to find a way to keep her flawless life from falling apart. Caustically funny, recent stay-at-home mom Amara who is struggling to embrace her new identity. And old money, veteran mom Gwen who never misses an opportunity to dole out parenting advice. But as Claire grows closer to the stylish women who pay her bills, she uncovers secrets and betrayals that no amount of activated charcoal can fix.

Filled with humor and shocking twists, Happy and You Know It is a brilliant take on motherhood – exposing it as yet another way for society to pass judgment on women – while also exploring the baffling magnetism of curated social-media lives that are designed to make us feel unworthy. But, ultimately, this dazzling novel celebrates the unlikely bonds that form, and the power that can be unlocked, when a group of very different women is thrown together when each is at her most vulnerable.
READ MORE 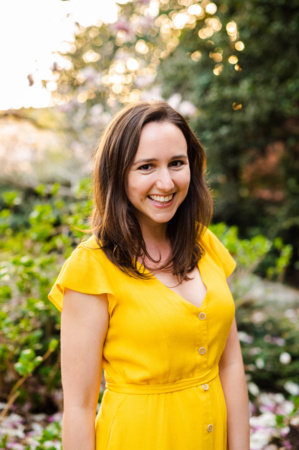 Laura Hankin has written for McSweeney's and HuffPost, among other publications. The viral videos that she creates and stars in with her comedy duo, Feminarchy, have been featured in Now This, The New York Times, and Funny or Die. She grew up in Washington, D.C., attended Princeton University, and now lives in New York City, where she has performed off-Broadway, acted onscreen, and sung to far too many babies.

Laurie Berkner pairs the lyrics of her beloved hit with Ben Clanton’s whimsical illustrations in this winning, adorable picture book—a must-have for fans of Laurie, dinosaurs, and all things cute.

We are the dinosaurs

We are the dinosaurs

Laurie Berkner’s chart-topping, beloved hit “We Are the Dinosaurs” is now a picture book! Featuring an adorable cast of characters and vibrant, playful art by Ben Clanton, We Are the Dinosaurs transports readers back in time to when the dinosaurs roamed the earth.

WHADDAYA THINK OF THAT?

A leader and innovator in children’s music and entertainment, recognized as “the queen of kids’ music” by People magazine and “the Adele of the preschool crowd” by The New York Times, Laurie Berkner is a singer, songwriter, lyricist, author, and founder of Two Tomatoes Records, LLC. With an average of more than 12 million monthly streams, thirteen award-winning albums, and millions of CDs and DVDs sold, Laurie’s songs have become beloved classics for children worldwide.